For years I’ve had this issue. In online gaming, and the surrounding, supporting communities, I make friends real easy. I’m always enthusiastic to take part. I’m always ready to chip in, help out and converse. Thus, I have literally hundreds (and hundreds) of gaming associates.

But the issue is, that my gaming tastes are so wide, often very niche, and so changeable, that I take part in many communities but in short irregular sessions. This simple fact, doesn’t work out well for all concerned. I am at the whim of my gaming moods, and so is my ability to play with others.

Since I’m not a permanent reliable fixture in each individual community, I probably come across as a bit flakey, a transient if you will. So I don’t form any long term strong bonds with people in these communities. I show up, I’m there for a few weeks, excited and commenting, and then I’m off pursuing some other online gaming shiny bauble in another community.

The variables in this ongoing disaster plot, seem to be:

The problem seems to start with the spectrum of games I’m willing to get excited about and actively pursue. Then, desperate to enjoy a particular genre or game online with others, I actively seek out a mature, friendly community connected to that. Then I expend a lot of meta time introducing myself, discussing the games, settling in. Then the fight you have with scheduling online time with others usually ends in defeat. The people barely know me, I barely know them.. and meanwhile other games are releasing and becoming more and more enticing.

I’m not a flitting butterfly, I stick it out usually and stay in the communities. But some of them are real big, difficult to become familiar with folks, and with a propensity to try and take active part in so many communities, you end up taking very little part in any of them.

I’m a chameleon who shifts his skin colour over time, and crawls between feeding zones in a slow determined manner. But shift my skin I do.

The irony is, that you’re digitally hooked into thousands of players, buzzing and frothing about the latest games in their genre (which just adds to the fervour), but ultimately you’re all alone in a world of online gaming. Soloing MMO’s. Sitting in multiplayer hubs without anyone remotely knowable to hook up with.

Randoms and pickup groups become the norm, and the awkward silence and incompatibilities often throw question over the whole pursuit.

I haven’t got a solution.

I think my natural state is incompatible with online gaming, and I’m sure the communities I’m in, think I’m a shirking absent lightweight half the time, often babbling on about something totally unrelated to the communities core topic.

If only I could be content with one game genre, one community, one game even?

I could confine my gaming pursuits to a particular genre or platform or community, and just get on with it.

I’ve always thought the wide spectrum of interest was a bonus, a positive thing, but where online gaming with others is concerned it seems to be a diversified obstruction to getting any actual gaming enjoyment out of it all.

Miserable old man, always trying to drag others into his pursuits of the moment. Then bailing a few weeks down the line for another pursuit. Coming back in waves, when no-one else is there, or no-one knows who you are anyway…

I’ve a deep longing, a gnarling ache, that I just can’t seem to soothe, no matter how much I toil and spend.

It wants to be immersed.

In a world of deep believable fantasy.

In a world of progression that takes effort and has meaning, but doesn’t rely on pure grind for the sake of it.

A land I can explore and become familiar with at a measured pace.

A class that requires gentle handling and slow moulding into a viable combatant.

A character with a backstory that fits into the lore, and can be tailored with a personality of my choosing.

Where I can join others and take on heroic storied tasks, involving interesting narratives with unexpected outcomes that shape and inflate the party experience.

Where the loot is always useful, and fuels both progression and resource needs to craft progressive equipment.

Where the action is engaging and fits together between the classes like an interlocking puzzle, with many solutions and colourful moving parts.

Where the flood of skills and equipment isn’t to float you along through the free to play phase only to pay wall you flat at an artificial stopping point, where you can be bled for consumables, unlocks, equipment, or content.

Where danger and comraderie wrestle with each other constantly and with skillful co-operative play the balance can be tipped.

Where a whole meta community can grow and nurture friendships and tales of epic journeys.

Where I can escape to, and feel I belong, amongst friends.

From the dawn of the MMORPG’s, the likes of EverQuest, Asherons Call, Dark Age of Camelot, Anarchy Online, leading up to World of Warcraft. These lands were living worlds of wonder. Where you could go and be a digital pioneer. Since the refinement of the mechanics and the interest of the free-to-play money leechers, where the mechanics become the source of income, we have lost something. Something treasured.

No matter how many single player RPG’s you push through (Morrowind, Oblivion, Skyrim, Dragon Age, Mass Effect). No matter how many co-operative action games (Dragon Age Inquistion Multiplayer, Helldivers, Dying Light, Destiny etc.), that give you a streamlined facsimilie of a fantastical world, nothing seems to satiate this searing, aching need of mine.

Over the years you wean yourself off MMO’s, they’re simply too time consuming, with monthly fees and committment issues for organised raiding and such like.

Gaming has moved on, the technology and willingness is there, but somehow the magic is lost.

Proper full blown western MMO’s take too much money to develop, need too much in terms of infrastructure to support, and compete with the easier, cheaper fast buck rakers, where squeezing your players for every potion or custom shoulderpad, or Daredevil costume, is what pulls the money in.

But it has got the pot boiling again.

The graphics in AO are absolutely ancient (it was released in 2001 afterall). The music is still hauntingly brilliant. Whisking me back to times gone by, many years ago. But the community is gone, the game, now free to play, seems hollow, and a relic of the past. A Ghostworld. Where the echos of adventure can barely be heard on the irradiated wind.

They’re not making the kind of games I’m hankering after anymore. The pioneers.

I guess this ache will be with me forever more. And my halcyon days of youth are long gone.

To guild up, to write backstories, to gather and adventure for the adventure, and not the loot, that’s where my aspirations lie.

Ravenous and Parched. Just like my old mans beard.

Think of us as gaming's Hairy Bikers. Without the bikes. But definitely with beards. 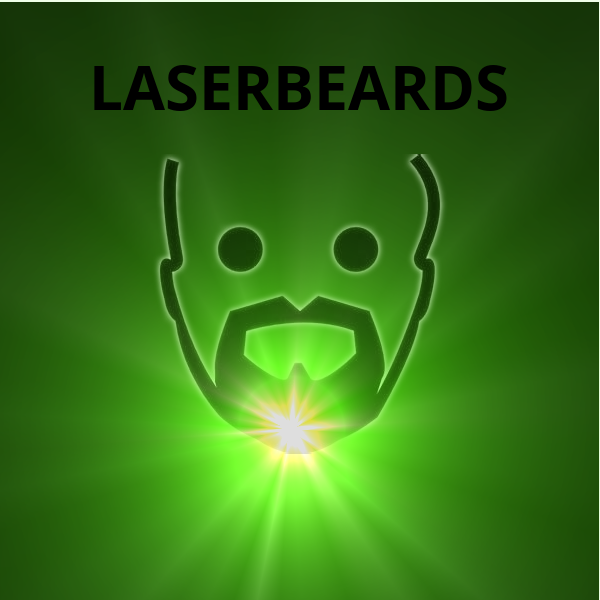